See it on Github

Samiptter is a social media site, inspired by Twitter (as if the name didn't make it obvious!). I've been working on Samiptter since April 2021. Since then the project has gone through several makeovers and tons of features have been added to it.

The technologies used in the frontend were:

The technologies used in the backend were:

Some of its noteworthy features:

Enough Talking! Let's take a sneak peek at some of the screenshots. 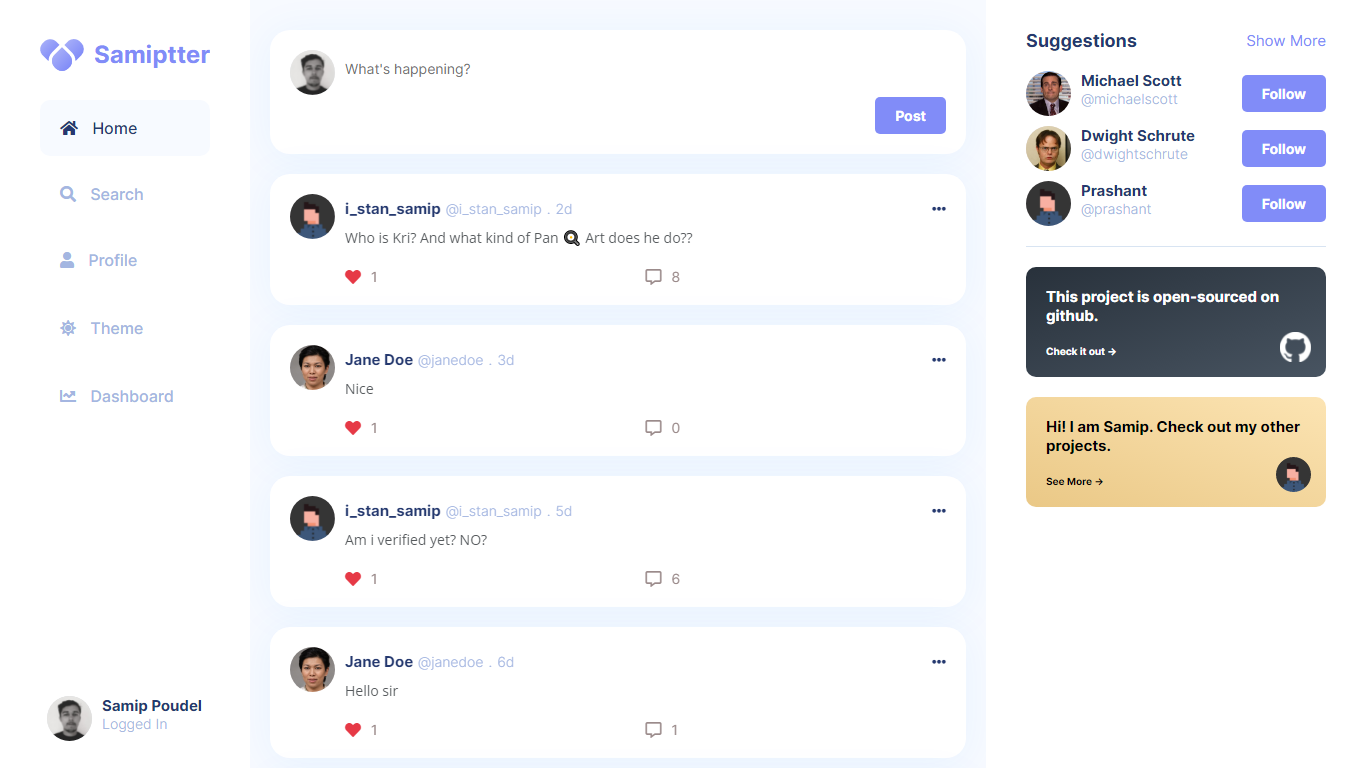 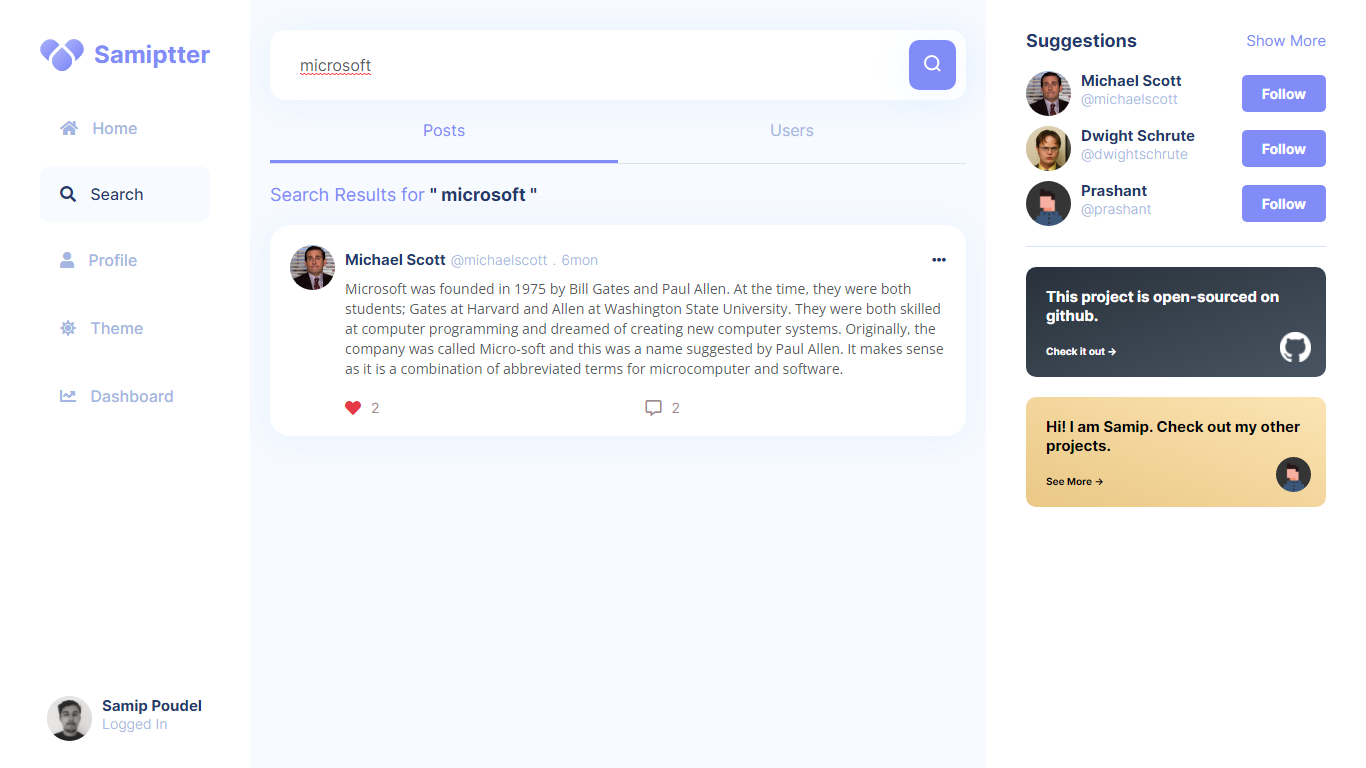 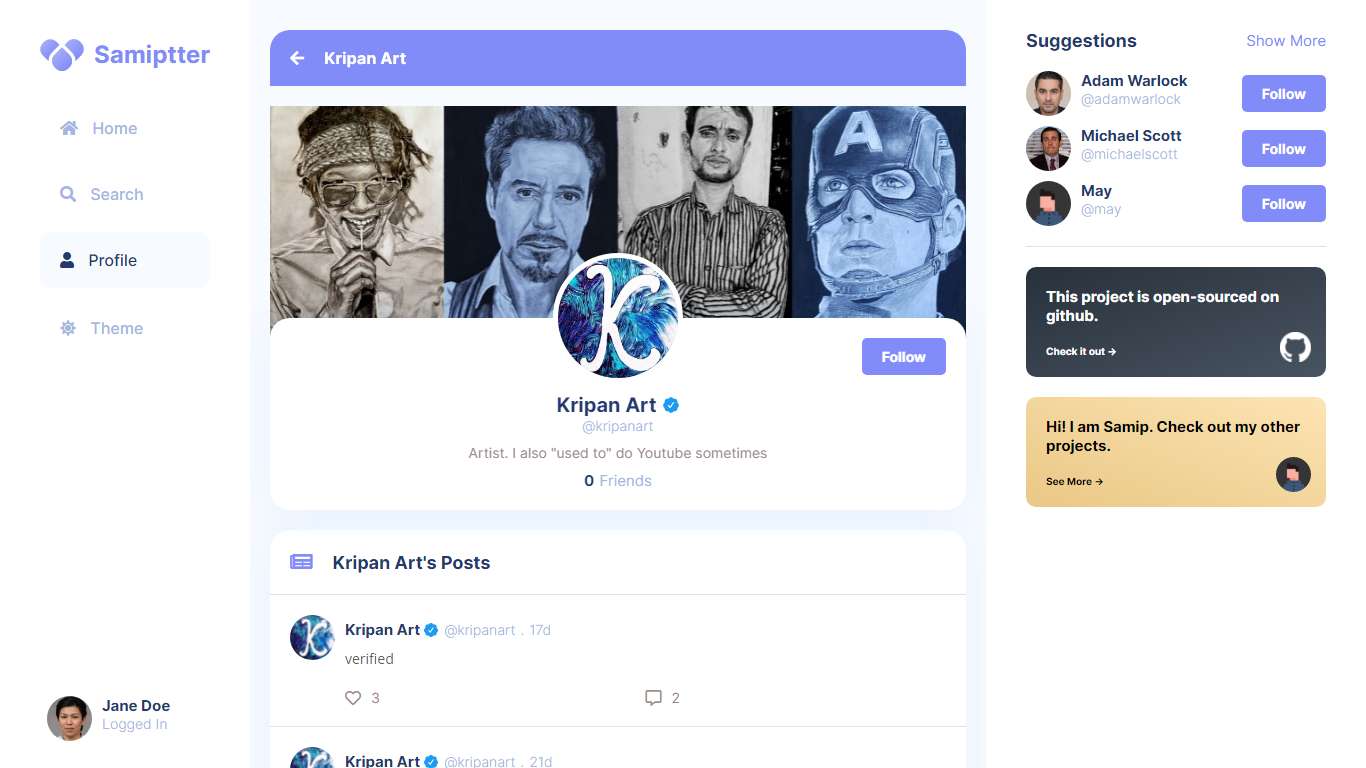 Ever since the first day, I started learning "Web Development", my dream project was to build a social media site. Probably, the reason was I was blown away by "Facebook" when I first used it back in 2011. The whole world was in it. That was when I got interested in the "Internet" and the endless possibility that it brought with it. That was the moment I knew that:

After 4 months of learning i.e around August of 2020, I tried building a "twitter clone". I knew I didn't have enough knowledge to build it, but to my surprise, I was able to build a very bare-bones version of it. I remember the authentication was so hacky because I really didn't know much about it. Now that I think about it, though it was terrible the most important thing was I learned many things, and these kinds of risks pay off. Then after I gained some more knowledge and experience, I couldn't stop myself from going back to that project and rebuilding it from the ground up.

I was using react-bootstrap initially for styling. I had almost built everything with it, but at a point, I was unsatisfied with how generic it looked. So I decided to redo the styling in the frontend. I fired up Figma and designed a brand new UI. Instead of react-bootstrap I wrote custom CSS using Sass. Later I also made a cute logo.

To this day, I still keep on adding features to Samiptter from time to time. It has become a playground for me to try new things and implement cool features.

← Back to the blog